Why an Island in Canada, Staci wanted to be in the Atlantic time zone. 4 hours ahead of California. It was 7 am in the morning and we had a lot of day left. So off we went on another of our adventures. Did we plan for it. Noooo that would go against our explore the unknown without knowing plan. On the plus side we discovered some fantastic stuff. 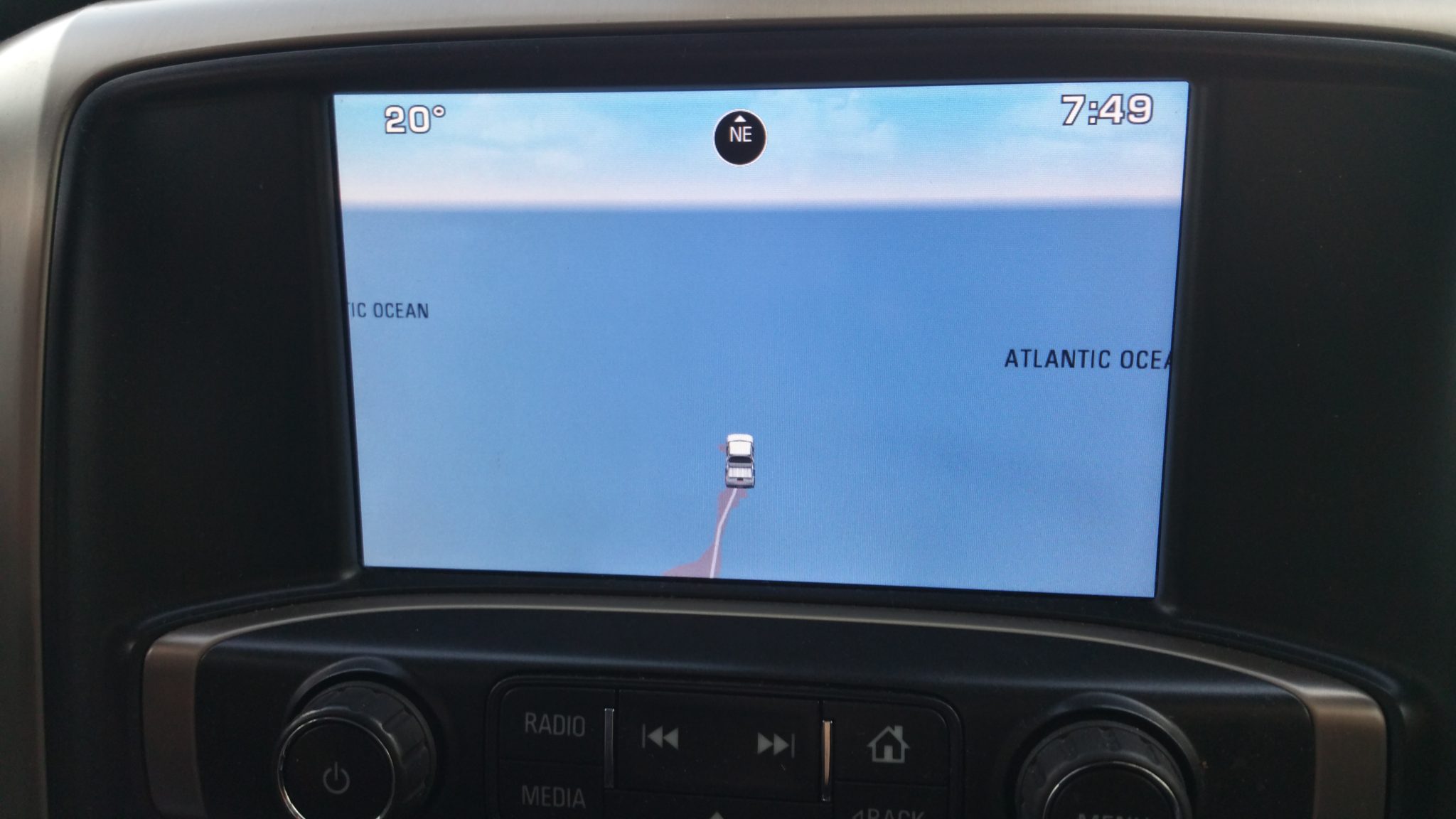 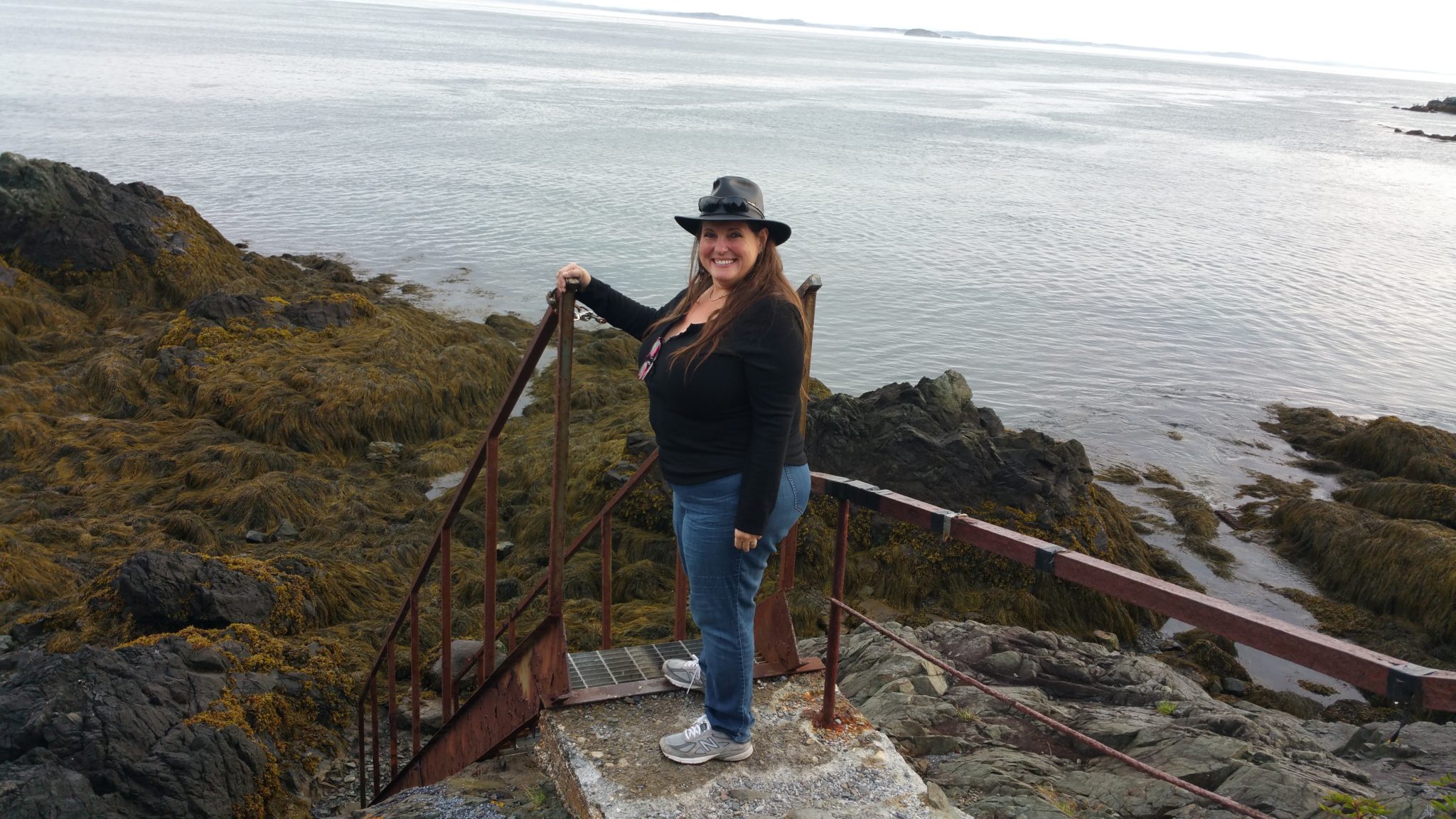 We walked out a few feet from the Truck on the Island and saw this. Took a photo of Staci standing on a ladder into the Ocean, appeared to go nowhere. Ahh is the Mystery building. Come on work with me here. 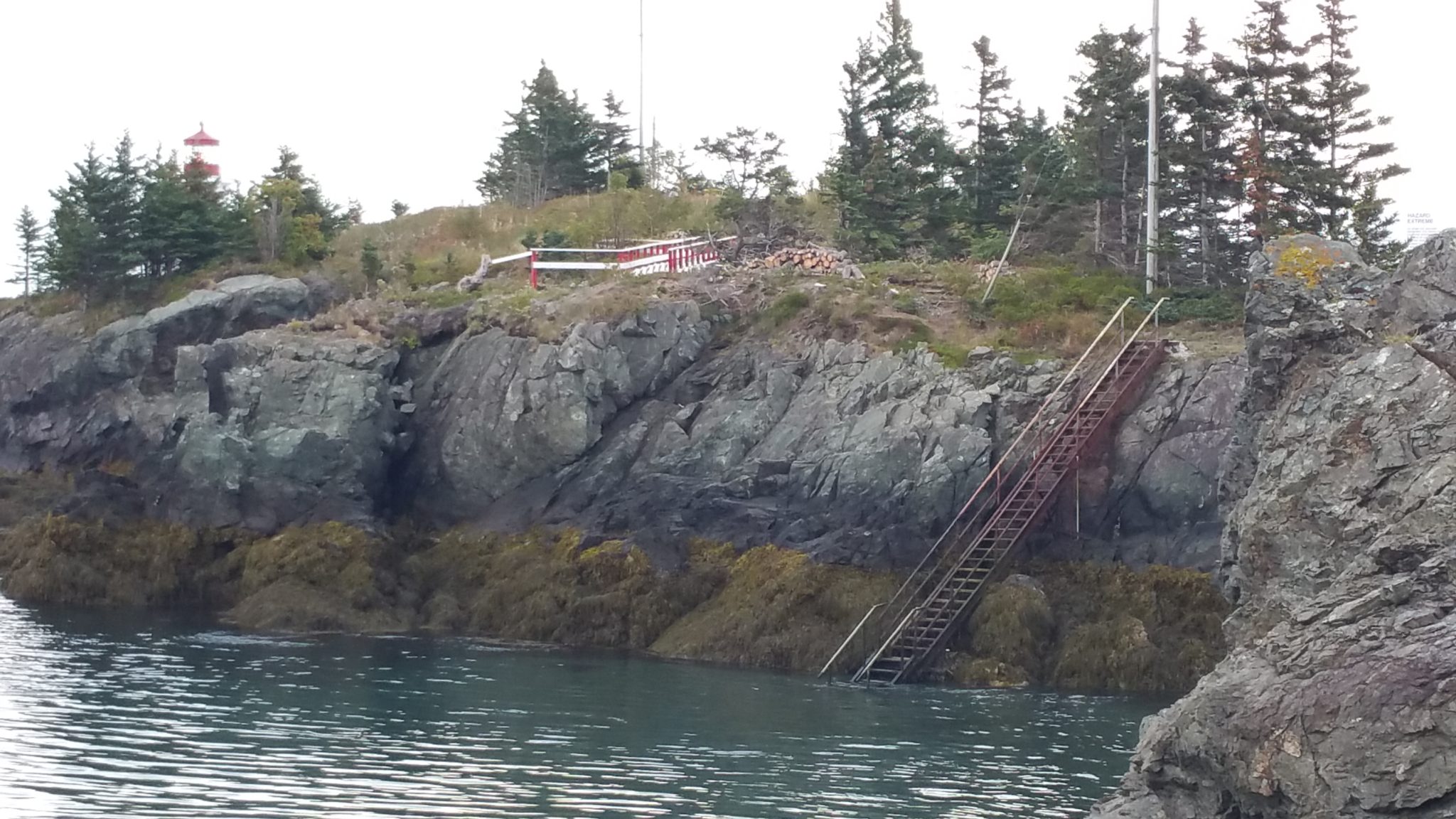 Now this is a  another ladder that we could see from where the ladder Staci was posing on. Feel the Mystery building. 2 ladders going into the ocean. 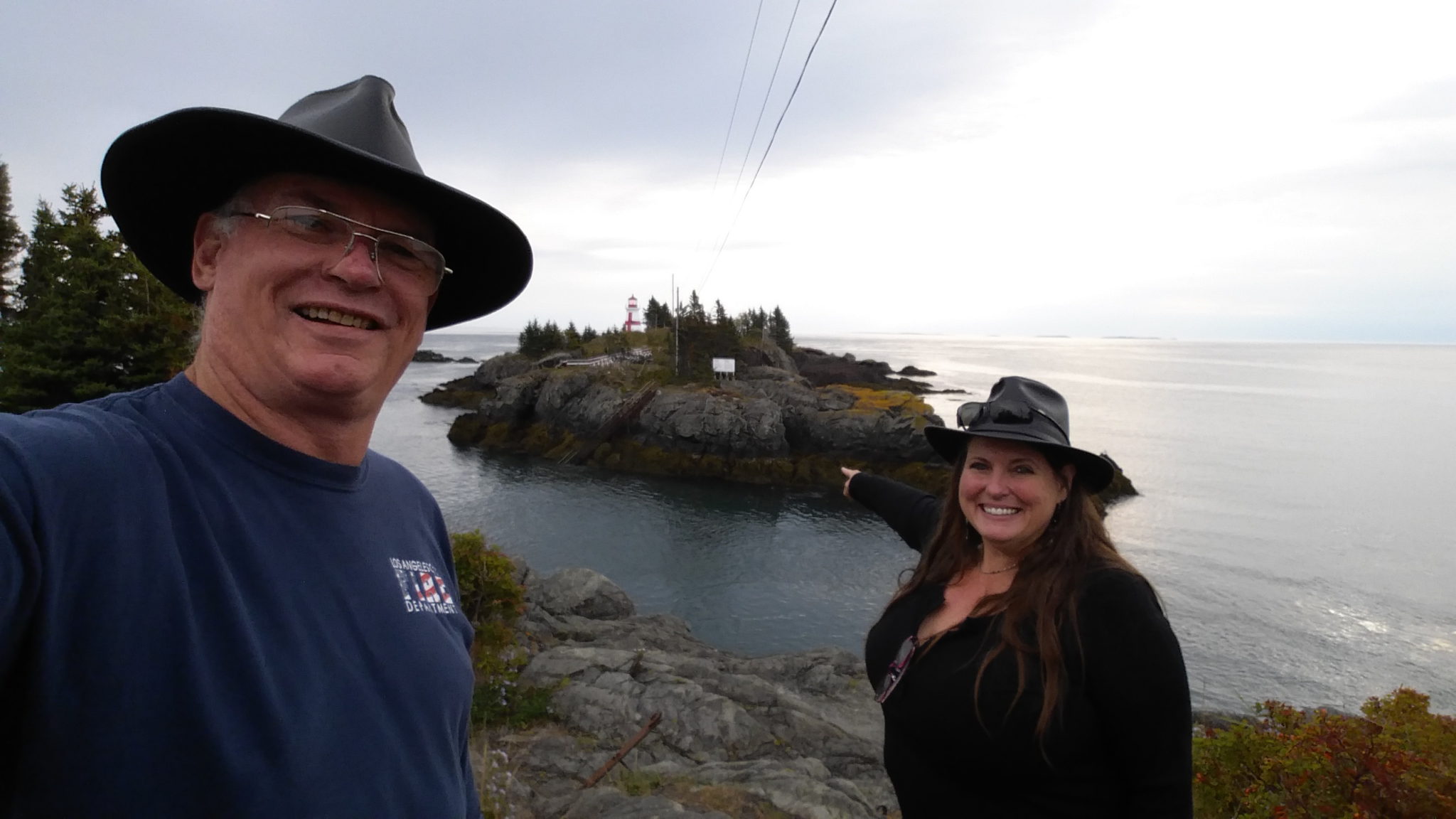 Okay one more photo where you can see that there is water between us and the 2 ladders. Getting the picture yet. Well then the next photo, get that the picture then the photo. Why do I bother. 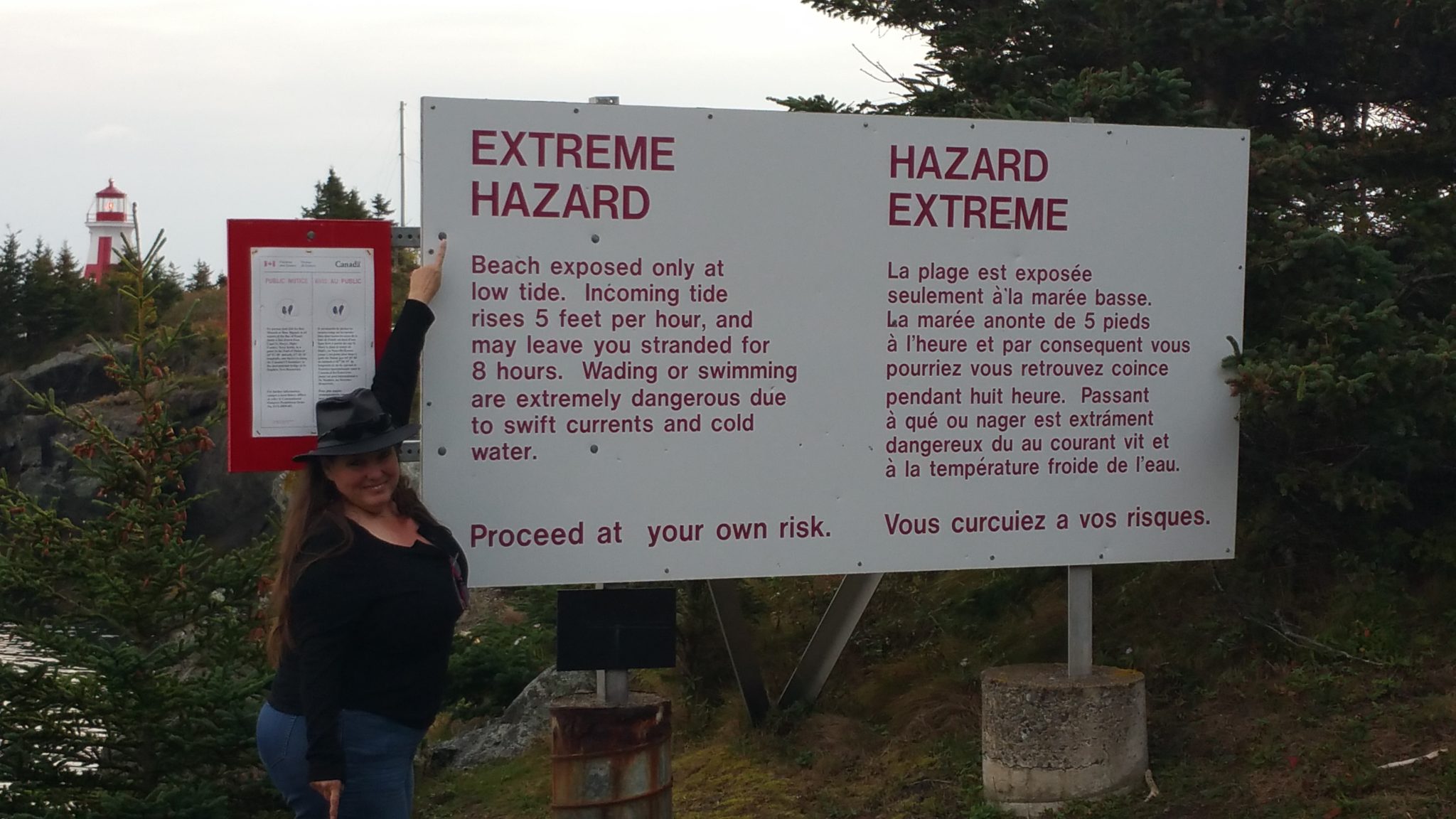 Somehow we missed this coming down to the ladder. It is such a small sign too. Staci said she saw it but did not understand it until we moved to the spot in the photo above. Light Bulb. Didn’t say it was a great Mystery, just a mystery and maybe only one for me. Now solved Ta Da. The tide here, it turns out can Rise and Fall over 20 ft. 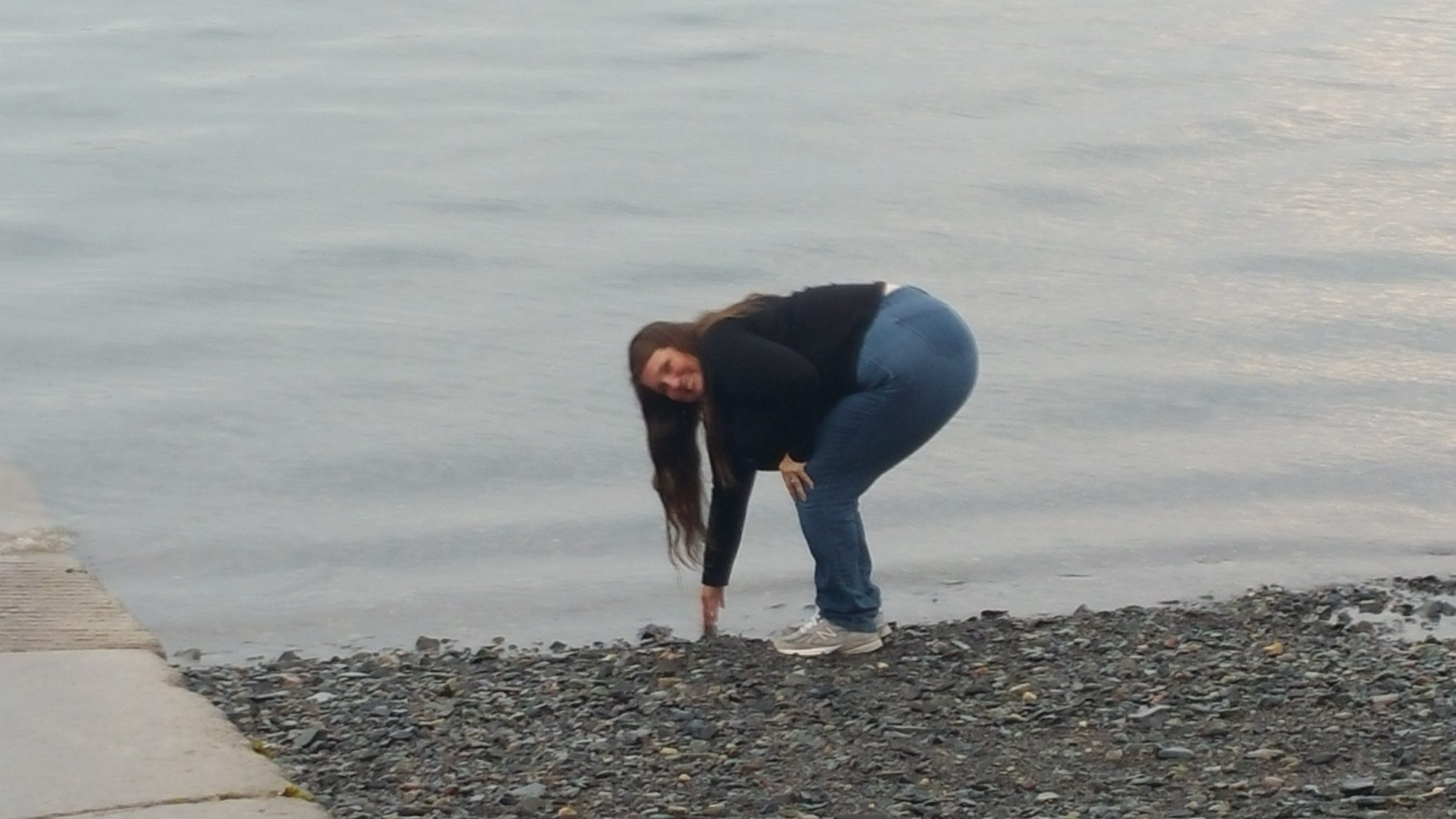 On our drive around the small Island we discovered a Ferry to Deer Island sign. So we drove down a Dirt Road to a very narrow Concrete pad that ran into the Ocean. It was barely wide enough for the Truck to fit on. This is like 7:30 in the morning and a sign said 1st run at 9am and on the hour after. We saw a truck parked and asked is this Really the Ferry location. The Guy in the Truck said “YUP.” Then told us it didn’t run yesterday but he was hoping it would today. He had been there for a full day. Really these people live a slower lifestyle up here. Didn’t even seem upset that there was no way to determine if it was running or not. Then Staci decided she needed to touch the Canadian Atlantic Ocean Water. So she did. This seemed to puzzle the guy waiting more than anything else so far, I saw him sit up to watch Staci and shake his head like Americans, then he went back to sleep. 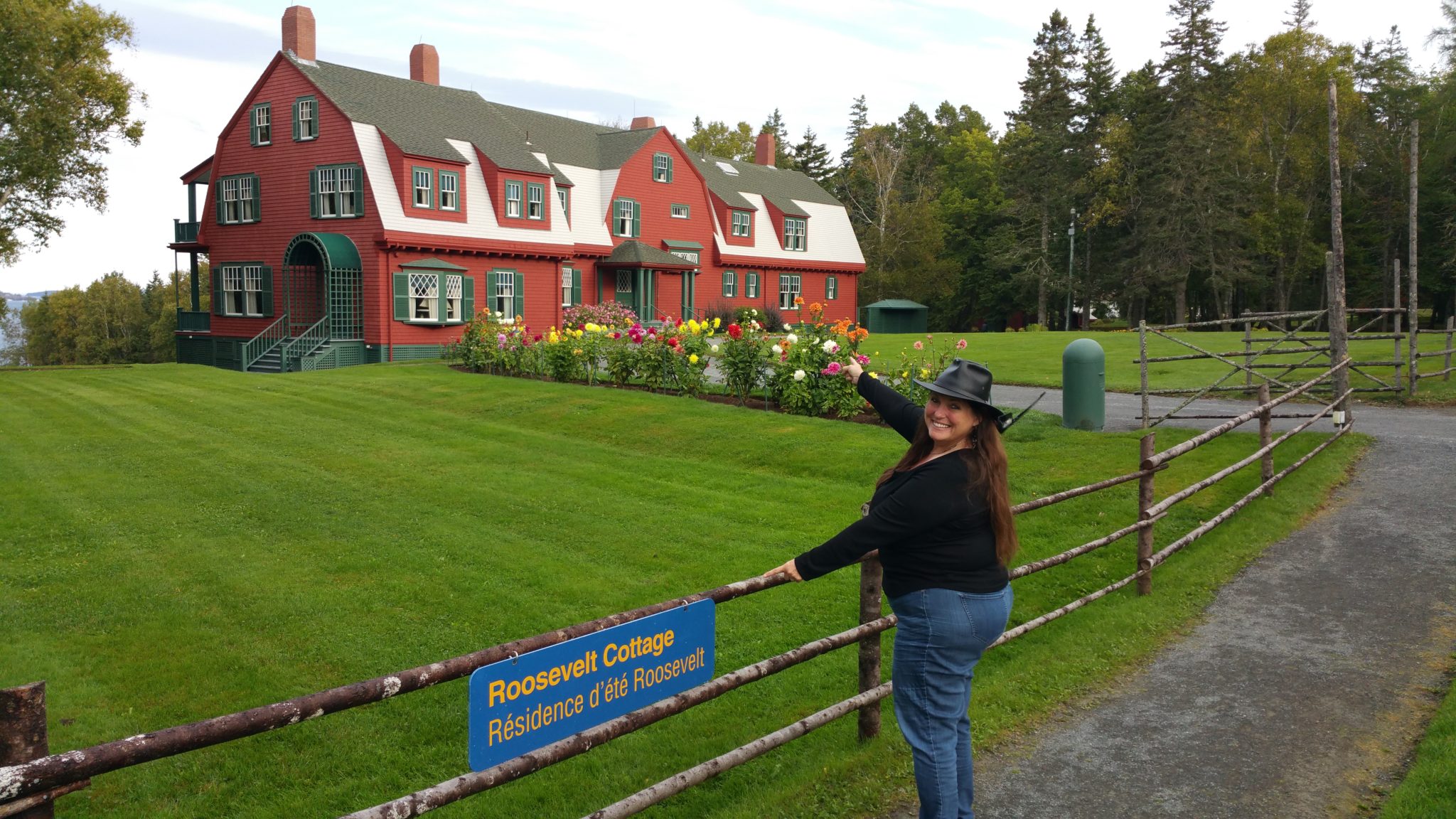 We were driving off the Island because we could not find a single place open to eat and trust me we drove the entire island complete with dirt roads to nowhere. Sign says something about Roosevelt. She says lets go down here. Why not complete our trip of the island with another Dead End Road. This appears to be the only one we haven’t taken. Lo and behold turns out President Roosevelt stayed here and there it was kind of a big deal. The prime minister of Canada and the Queen of England were also involved and Eleanor Roosevelt had a Tea house here. 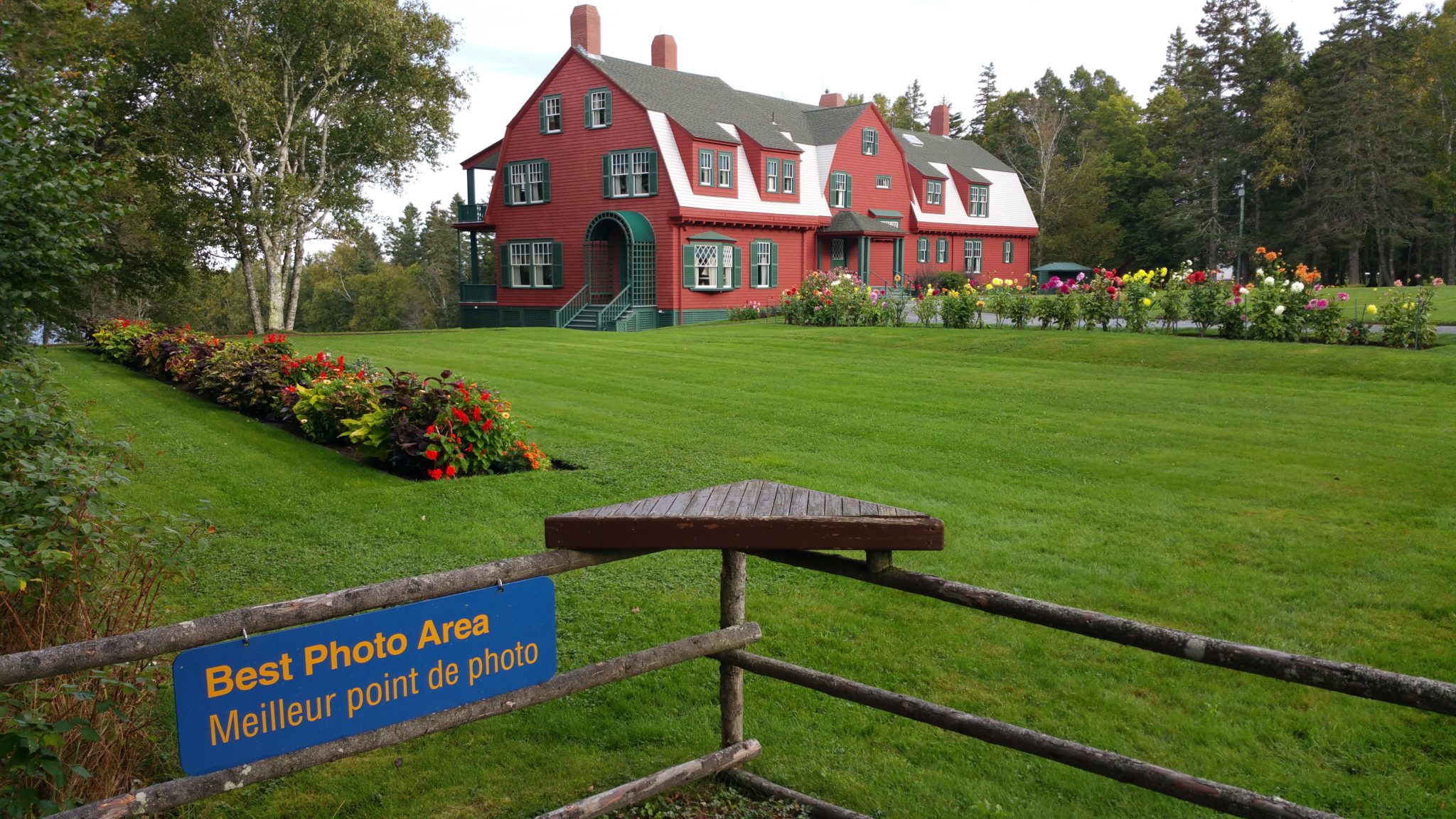 The Canadians are a little more direct in giving you hints on things than the Americans. This might explain the Road Ends Sign we saw earlier in Michigan on the river, as Canada was on the other side of the River in that photo. Still no explanation for the Cow sign in a field without a fence next to a Gas Station. Still working on that one. But it appears the Road Ends mystery might have been solved. The Canadians put up the sign. 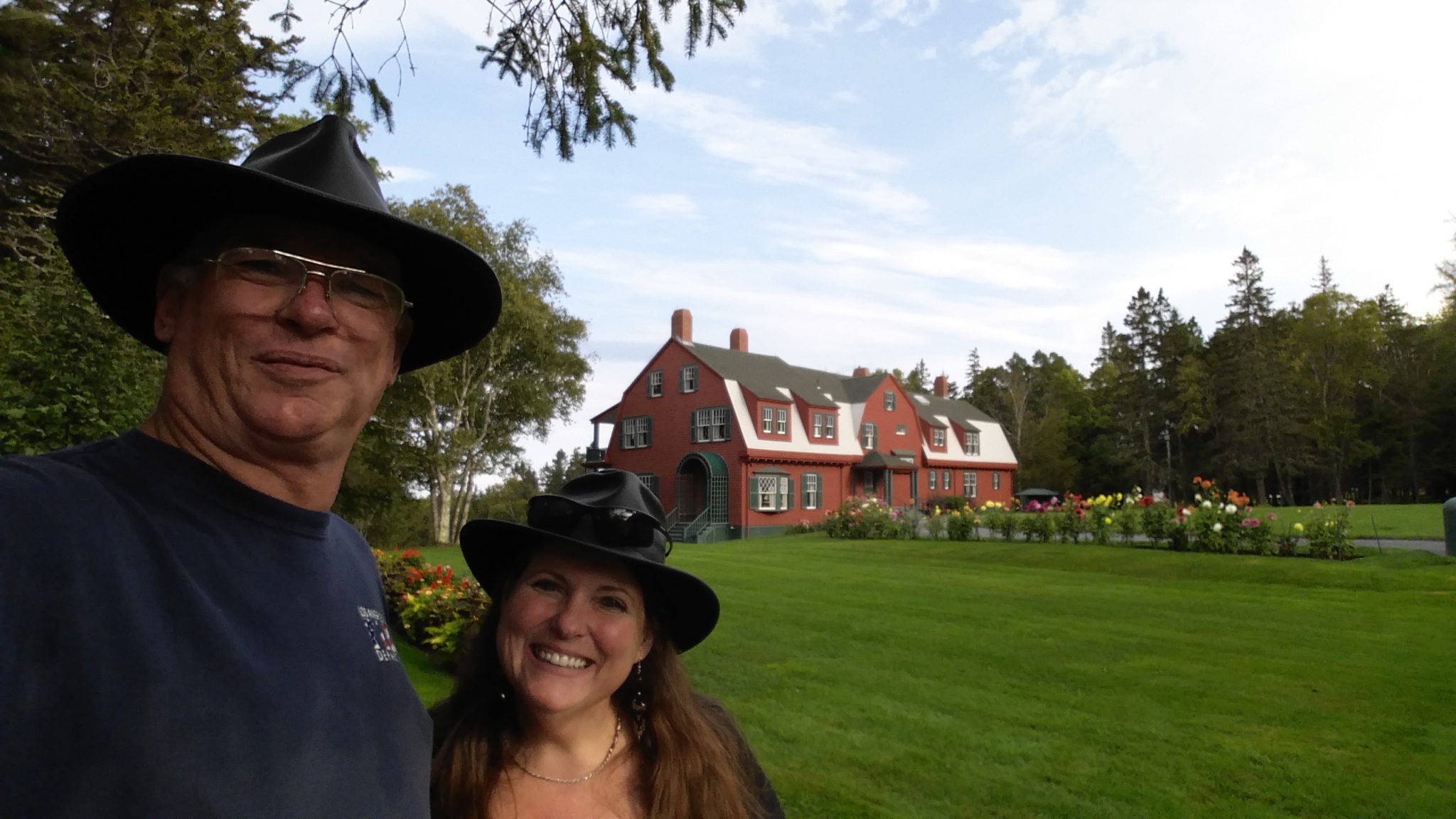 Of Course we took a photo at the sign location smiling and laughing the whole way. 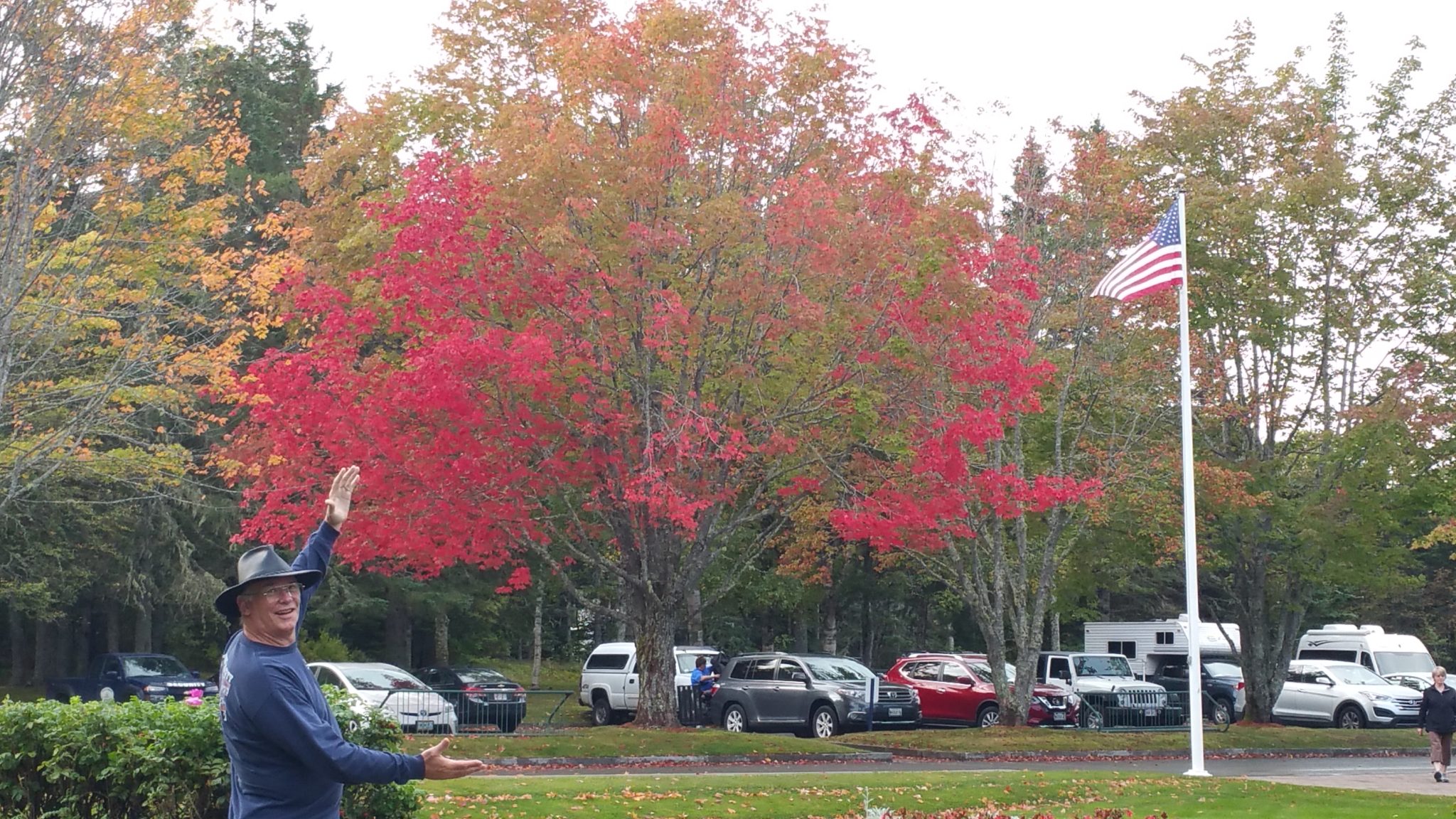 The leaves turning in Canada. Yup as the truck guy said. Wait the American Flag flying. Yup this is on the Roosevelt Cottage Property. Yup they called that a Cottage up here. Yup it was kind of a big deal. I liked the way he said Yup. It doesn’t sound as Canadian on writing it so I am done with. Yup moving on. Now that last part has got to be funny people! 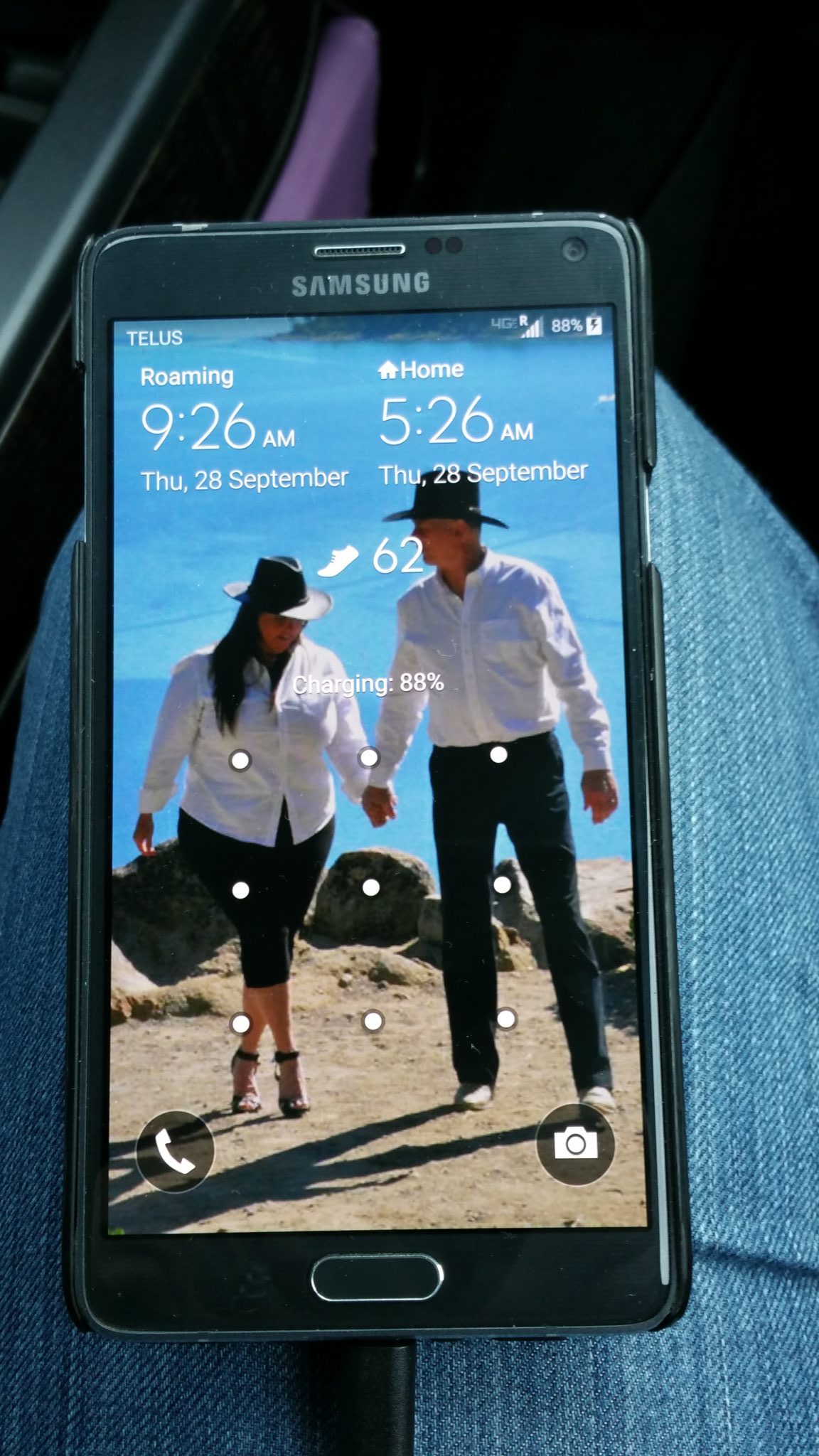 Ohh I get it now that I posted the photo. Home is California and it is 4 hours ahead in time presently thus providing proof we were in the Atlantic Time Zone. I originally did not understand why she needed my camera to take a photo of her Camera. Clever my Baby 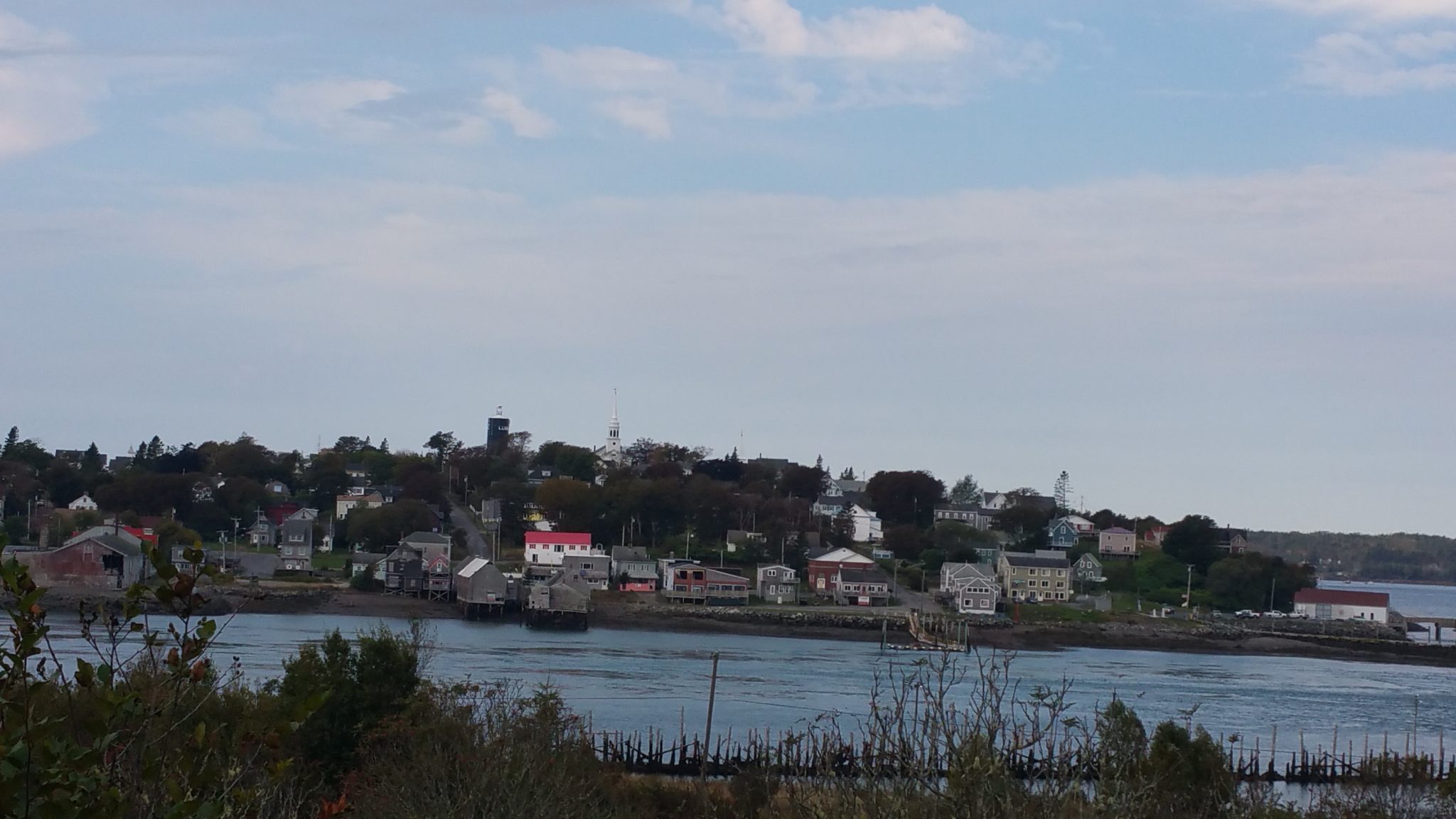 Now this is a picture of a quaint Maine Fishing Town. Taken from the Canada Island to be named later. The Canadian Border guard did say the name and Yup we could not understand his English in the least. I thought one more shot at the Yup, but it just doesn’t sing on paper the way they say it. Moving on then, Great adventure on an unknown named island in the Atlantic time zone in Canada and we only went in once for a change. Still a one man Border shack. We have yet to see a real Border Crossing yet. Ahh but you say it is still early where did you go next. Well that is a Mystery for the next Post to answer.